The connection of several tablets with audio and/or midi, as well as a microphone or instruments, can be tricky. What has been established in the computer world for a while now, can still be a challenge when it comes to the tablet: electric power supply, audio latency or different plugs […] 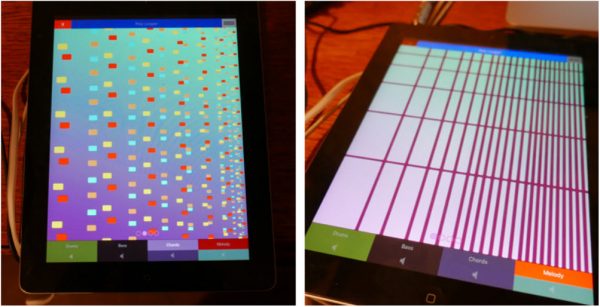 Polyjam aims to disrupt the global music industry by blurring the lines between artist and consumer, putting to bed the 20th century way of passively experiencing music, and bringing real musical participation back to a mass audience. We will change the perception of what it means to consume or create music […]

Musicality, Accessibility and Technology – An introduction to the world of Skoog

For many people principle barriers to making music are the instruments themselves. In 2006 in partnership with NESTA a team from Edinburgh University set about creating a new kind of musical instrument. One that was designed for children, to support natural musicality in play and more specifically one that would […]

Click for more information on 'Musicality, Accessibility and Technology – An introduction to the world of Skoog' 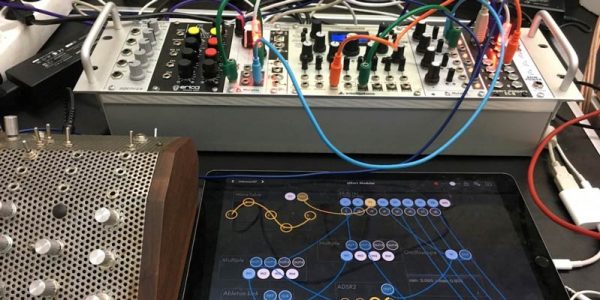 Using iPhone and iPad in a Eurorack Modular Environment

In this workshop, I would like to show you how to use a eurorack modular system effective with my app zMors Modular in music projects. Topics: Interfaces: Midi, audio Handling triggers, gates, control voltages and audio Sync via MidiClock or Ableton Link Polyphony vs. paraphony Create drum patches

Apptronica – Label For Music Produced With Apps Only

The netlabel Apptronica was founded by Clif Johnston in 2013. Martin Neuhold was a member of the team from the beginning. The goal of the label is being a platform for music produced on iOS devices. At the moment, Apptronica is changing from a netlabel to an artists community, interaction […]

PlayGround is a new distribution platform for mobile interactive music. Each track in PlayGround is an instrument made of a set of sounds, a special interface and a set an algorithm made with the “Real-Time Systemic Music” framework. In this session, Pascal (Lead of Innovation) will explain to you PlayGround […]

Click for more information on 'PlayGround – an organic, infinite remix on iPhone & iPad'

Interactive music inside the app (with libpd)

This session is an introduction to libpd – a mobile/embeddable version of the free, open source, graphical sound environment Pure Data. What is it? How do you start using it – as an end user, as a musician/composer, or as a developer? And what’s the state of tools that work […]